We as Driving School Almere ensure that you get your driver’s license quickly and safely. We have been active since 2009 and we strive to educate the residents of Almere and the surrounding area as well as possible. Every student needs a different learning path. Driving school Almere distinguishes itself from other driving schools because we offer personalized driving training. This has made us a household name in Almere and the surrounding area for years. Do you want a reliable driving course in Almere? We offer the fastest way to your driver’s license.

✔ Driving lessons in the evenings and weekends

✔ Pick up and drop off at home

Call us to schedule your first driving lesson

Always the same driving instructor and flexible lesson times. Driving school Almere also gives lessons in the evenings until 9 p.m. or on weekends.

We teach you all the essential driving skills that are important for optimal driving and safe driving. Confidence is important once you get together, we take care of it at Rijschool Almere.

We teach you all the essential driving skills that are important for optimal driving and safe driving. Confidence is important once you get together, we take care of it at Rijschool Almere.

At Rijschool Almere, safety comes first. That is why all our training vehicles are fully insured. Our instructors are also the legal drivers of the car during the driving lessons. This means that all damage and fines are for Driving School Almere.

The theory exam is part of your driving training. To prepare you optimally for this, we offer various teaching materials. This allows you to obtain your theory certificate as quickly as possible.

The last test you have to take before you hit the road is the practical exam. During the lessons we will work together to achieve this goal. Our high success rate confirms our expertise in this field. 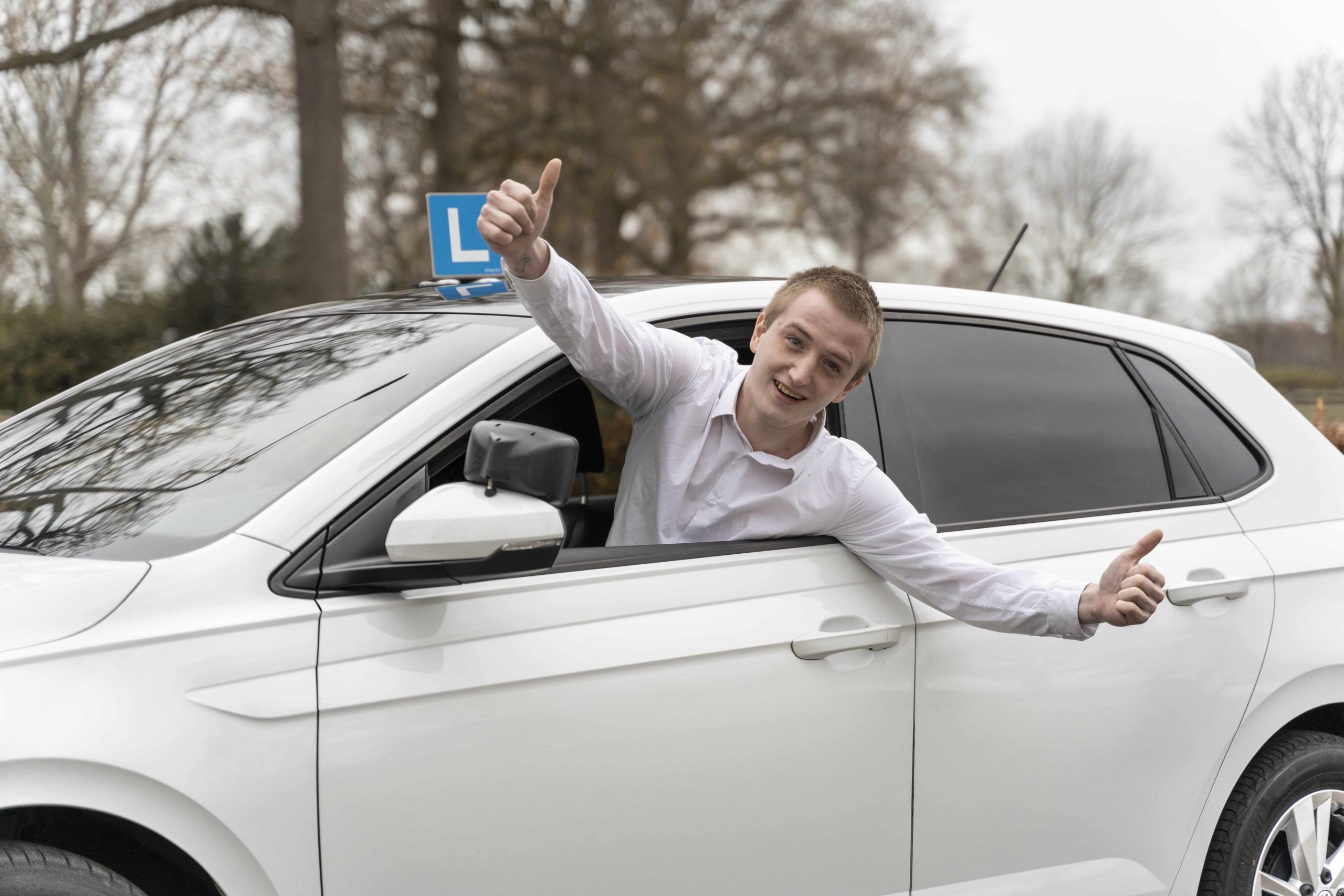 Do you want to get your driver’s license as soon as possible? Then our crash course driving license in Almere might be the right choice for you. After a trial lesson, our driving instructors will assess how quickly it is possible to help you with your driving license, this can be done in 5, 12 or 24 days. That depends on your driving experience and how quickly you learn. The intensive nature of learning is not for everyone, with some students preferring weekly driving lessons. That is why we recommend a trial lesson if you want to take a crash course.

By taking automatic driving lessons, you don’t have to use a manual gearbox to change gears. However, you still need to learn all the other skills needed to safely handle and maneuver a vehicle. Our instructors have extensive experience teaching students in automatic transmission vehicles and are all WRM certified instructors. 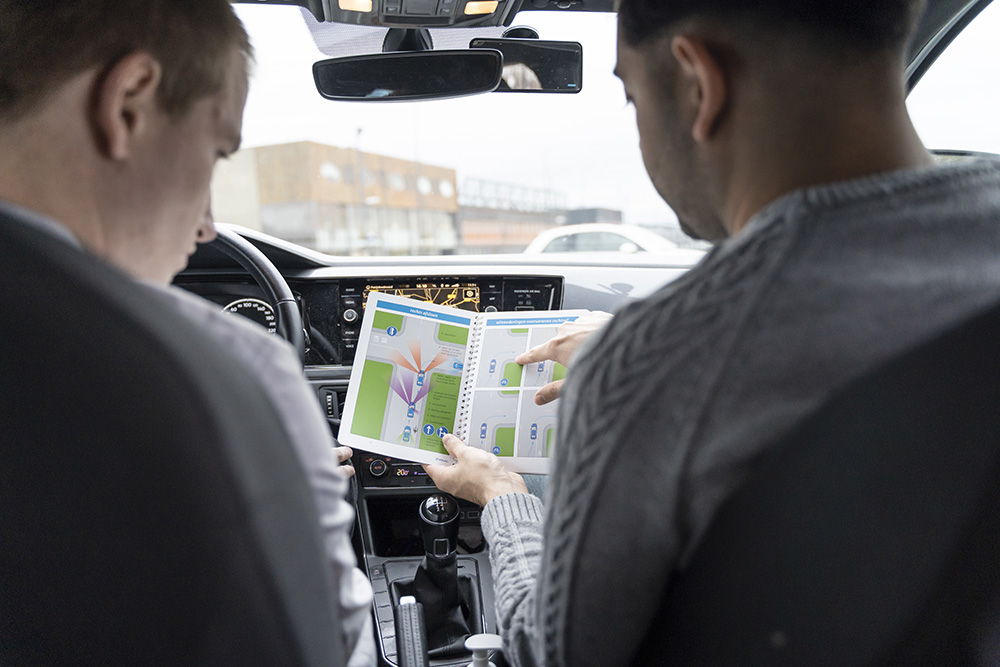 Check out our frequently asked questions and more!

Where will I be picked up?

Our goal is to be flexible in the Almere area. This can ensure that you are picked up from home, work or school.

How often should I take driving lessons?

Can I start driving lessons right away?

Yes, you can start right away! After you register, we will contact you as soon as possible.

How many driving lessons do I need?

We recommend that you take a trial lesson first. Based on this, the instructor can determine and advise you on a suitable lesson package. The average number of driving lessons a student needs is between 35 and 40 driving lessons.

Is it possible to take automatic driving lessons?

Do you offer fear of failure exams?

Yes, the fear of failure exam lasts 80 minutes (20 minutes longer than usual) and starts with an introduction that will put you at ease. In addition, the examiner takes your fear of failure into account.

Are the cars insured?

All our vehicles at driving school Almere are insured. So you don’t have to worry about liability during driving lessons

Do I have a permanent car and instructor?

Here’s what our students had to say about us: 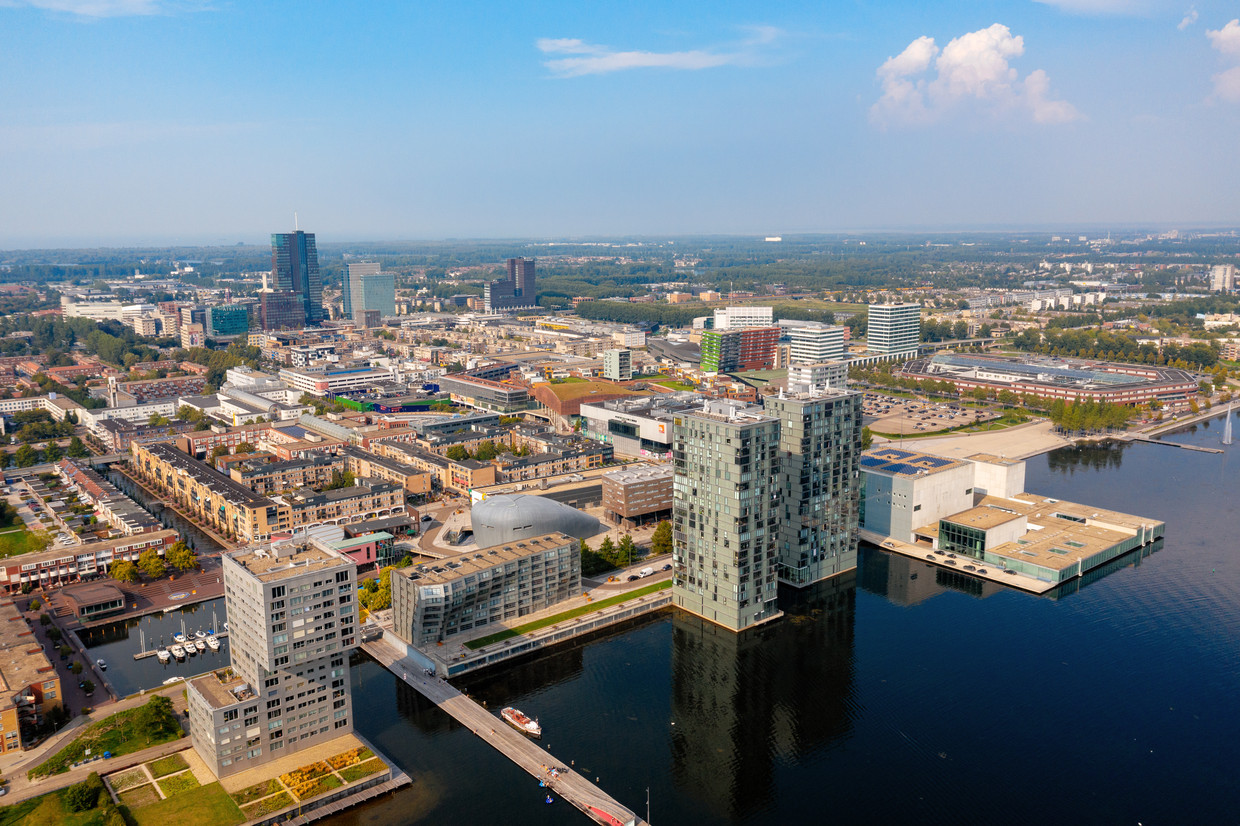 Almere is the second largest city in the Amsterdam region. Almere has 211,704 inhabitants. The municipality of Almere comprises the districts of Almere Stad, Almere Haven, Almere Buiten, Almere Hout and Almere Poort. Almere is a young city with a lot of ambition. Whether you are new to Almere, a student, starting your career or looking for a new home for your growing family, Almere is a suitable city! In this city, a driver’s license is useful to develop as a person, you can get your driver’s license from us, Rijschool Almere!

Fill in the contact form below and we will contact you as soon as possible. In addition, you can always reach us at info@rijschoolalmere.nl and +31621667644